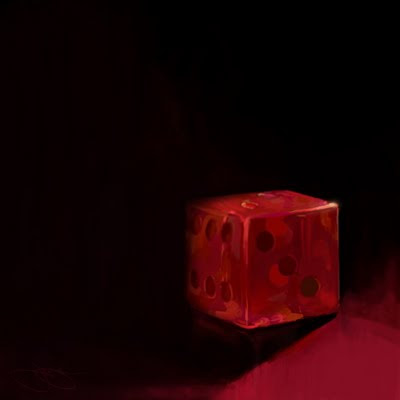 At long last here's my latest piece. And it's all digital.

I had a lot of fun creating this piece.  While painting  in Photoshop I kept a black and white adjustment layer on the very top and painted with it on.  I found that this really helped with the value relationships. I would also  toggle off this layer to check to make sure that my colors didn't strike out too much. 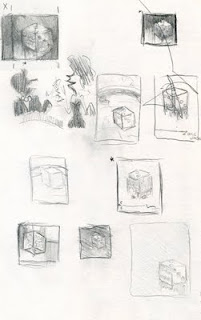 Originally this was piece was intended to be a cover for a painting series.  It involved a femme fatale in Las Vegas and an lucky/unlucky gambler.  And I had plans ( and still do ) to her in the background.  But I liked the way the die looked by itself and decided to pause here and take a snapshot.

To the left and below are some of the thumbnails I drew up. 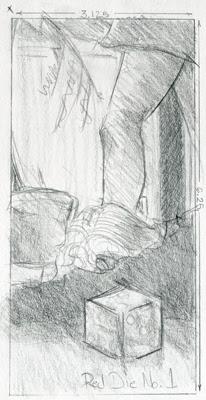 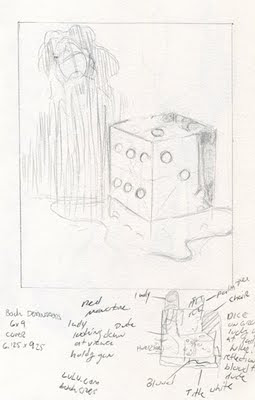 below is a study of a model from Robert A Maguire's gallery.  I was inspired a lot by his work while coming up with this series concept. 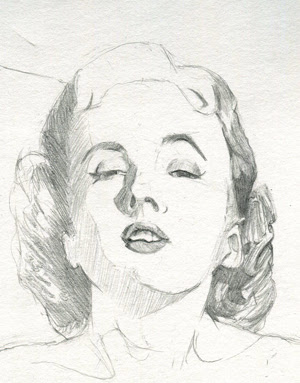 And here's an image with a testing title placement. 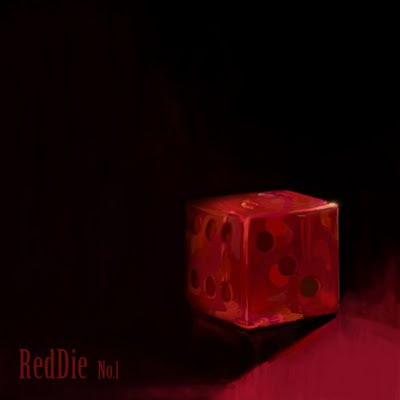